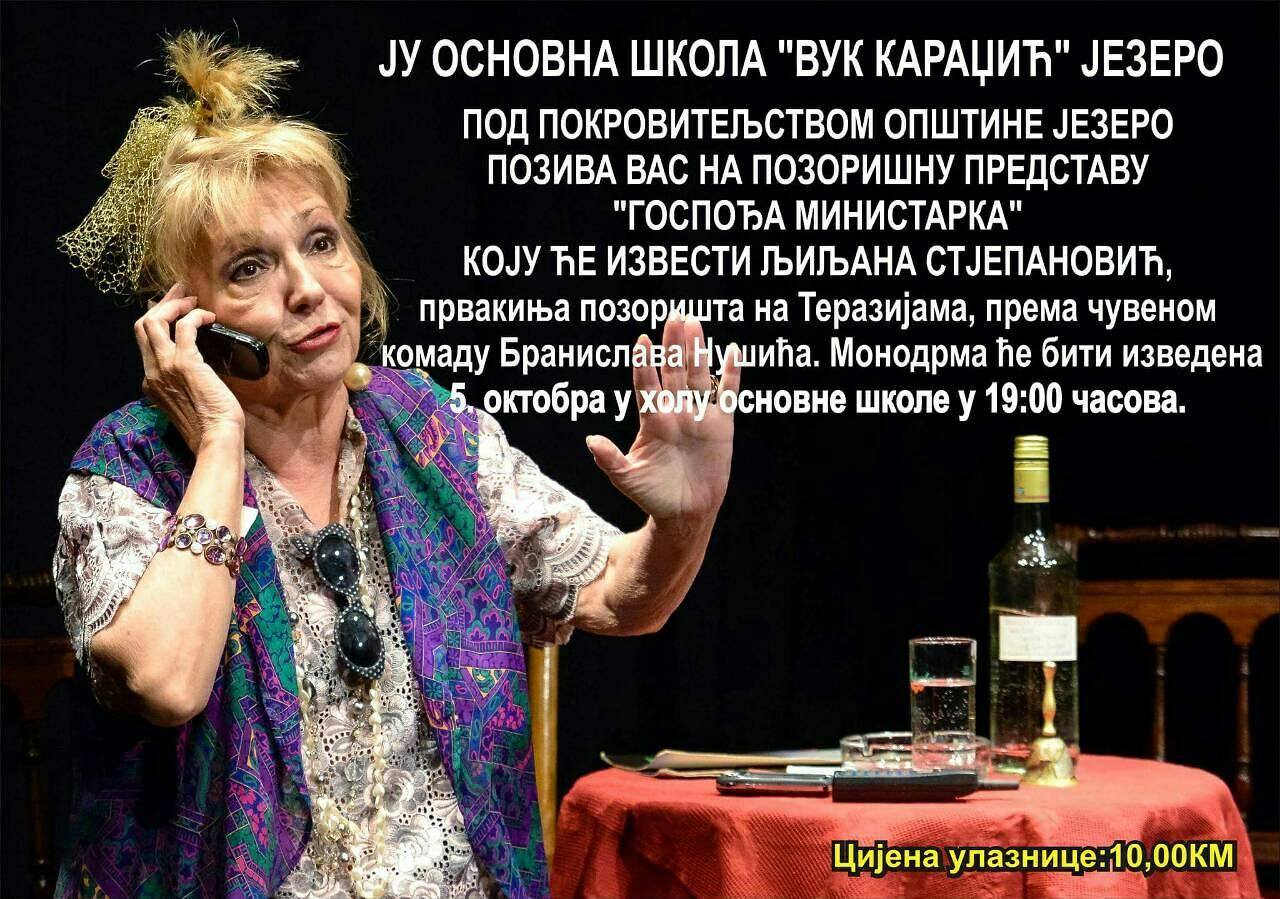 On October 05, 2017, in the building of the Primary School “Vuk Karadžić” Jezero, the first professional theater show was performed in the area of the municipality of Jezero, under the auspices of the municipality of Jezero. The theater play “The Cabinet Minister's Wife” (Gospođa Ministarka), based on a famous play written by Branislav Nušoć and directed by Gale Janković, was performed by Ljiljana Stjepanović, the Champion of Terazije Theater. 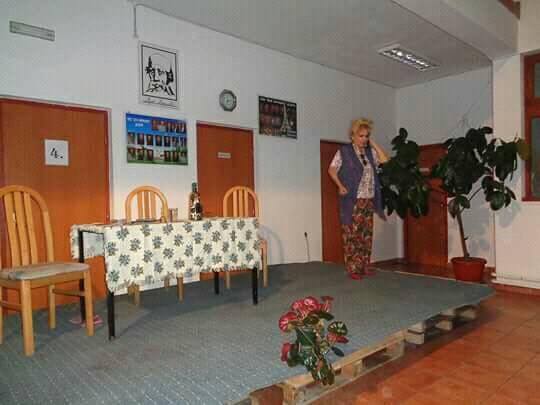 Monodrama, performed on an improvised stage, was followed by more than 130 spectators, as many as it was possible to come in the hall of the Primary School building, which was the only possible place to hold the show because of the lack of the Culture Center in Jezero. The great response to the theater play showed the interest of the citizens of the municipality of Jezero for cultural events and the desire to make such events more frequent. 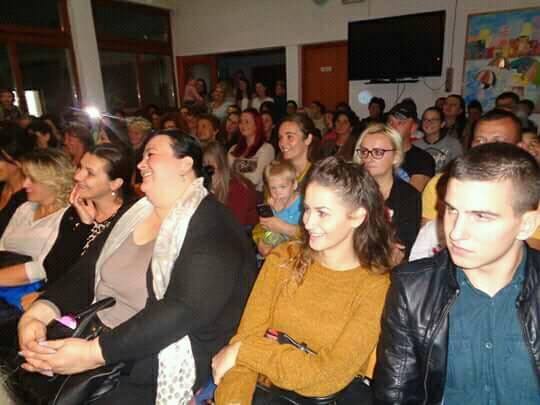