Visit by the Minister of Labor, Veterans' and Protection for Disabled peoples of the Republic of Srpska, Mr. Dusko Milunovic. 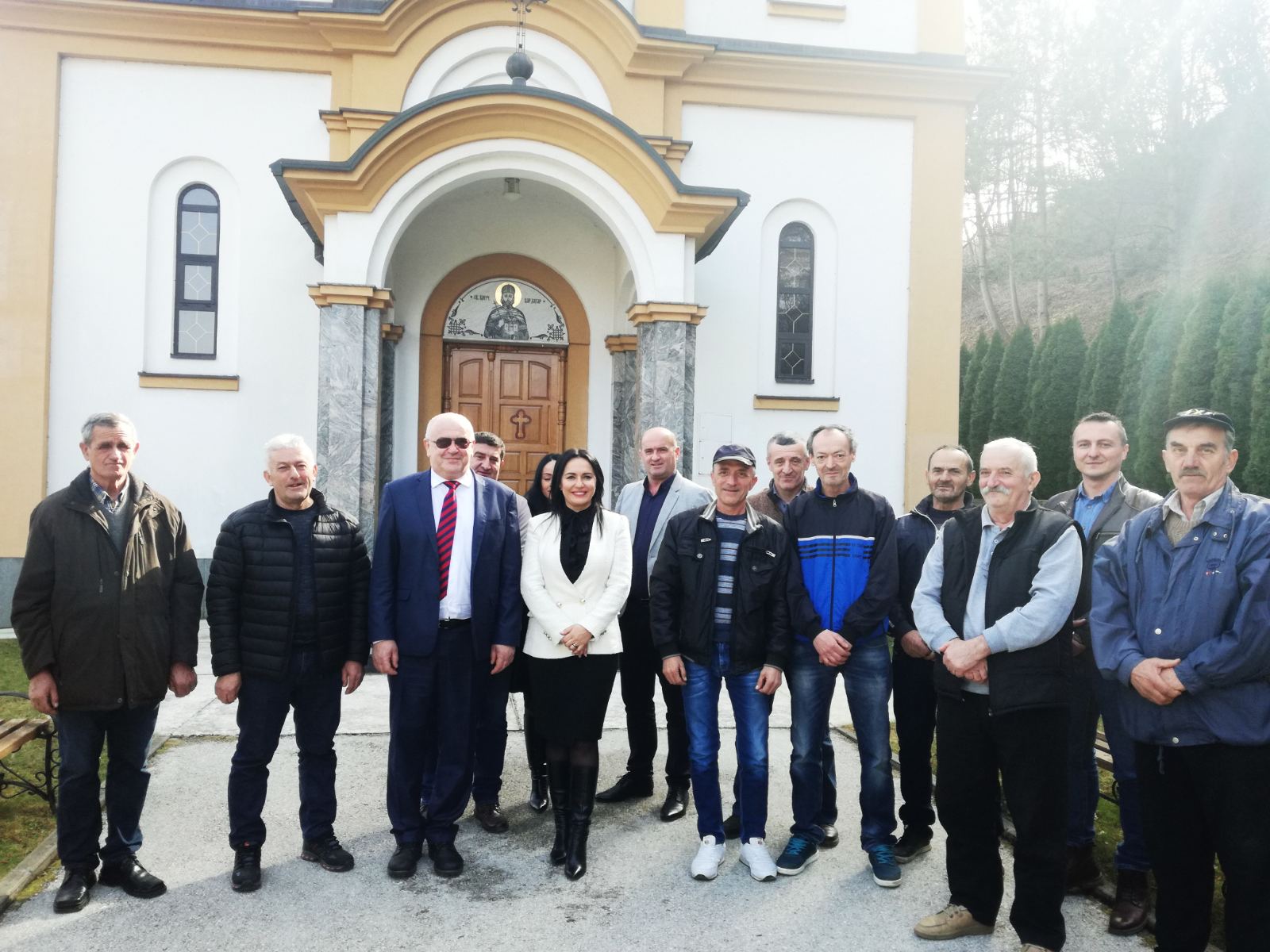 The Municipality of Jezero was visited by the Minister of Labor, Veterans' and Protection for Disabled peoples of the Republic of Srpska, Mr. Dusko Milunovic.

Working meeting was held in the Municipal building attended by a delegation of the Ministry and representatives of the Municipality of Jezero.

The Government of the Republika Srpska and the relevant ministry financially supported the reconstruction of the military cemetery in Natpolje, according to the Grant Agreement for the construction and maintenance of monuments, memorials and military cemeteries, signed by Municipality Major Snežana Ružičić and Minister Milunovic on the August 17, 2020. Amount of the funds KM 30,000 were previously approved, and the missing funds in the amount of around KM 20,000 will be assigned later.

The current position of veterans, invalids of the war and families of fallen veterans was also discussed at the meeting, also we discussed the possibilities of resolving the problems that the mentioned categories of the population faceing.

After the working meeting, Minister Milunović and the representatives of the Municipal Veterans' Organization in the gate of the church of St. Tsar Lazar in the Municipality of Jezero, laid a wreath at the memorial to the fallen warriors of the defens in patriotic war of the Republic of Srpska. The Mayor pointed out that she is immensely grateful to Minister Milunović for the support so far and that she hopes for the future continuation of successful cooperation.